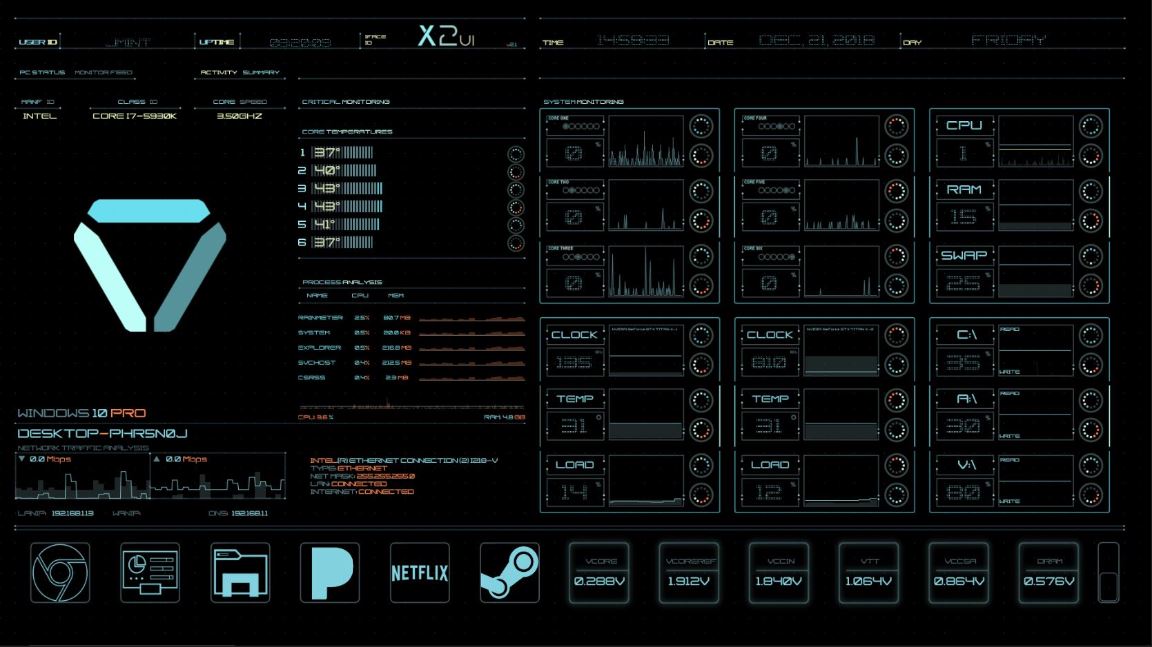 Announcement: I am, for the moment, suspending support for X2ui. It has been a great exercise and I am delighted that it has been downloaded 96,000 times! However, this was based on an old CPU architecture. Obviously with continually increasing core and thread counts, the current configs have really limited functionality. Combined with the fact that WXDATA has walled off access to it’s data, and finding myself with limited time to put in place fixes, unfortunately, this is where we are at.
In the coming months, I plan to work on two skins, one that will continue X2ui’s GMUNK inspired aesthetic, possible as a version 3. The other will be very similar, but sleeker and more minimal from an interface standpoint.
Of course, if anyone out there wants to contribute or modify X2ui to achieve modern functionality, shoot me an email at dapperstachetheatres@gmail.com.
Thanks.
New:
X2ui Weather 2.2 X2ui Series 2 Official Wallpaper Hotfix for 2.2 12/29/2018 -Fixed issue where mousing over WANIP was not allowing it to be displayed. Update 2.2 12/28/2018 -Fixed issue causing Network Config to not detect Wifi. By default, Rainmeter will select the “best” internet connection. If you have Ethernet AND Wifi enabled and Ethernet provides the superior connection, X2ui WILL default to Ethernet. -Added SSID measure and meter that will display your SSID. -Added Measure/Meter  that will measure and display your signal strength. -Fixed issue where a LAN and/or Internet Status of “Disconnected” would display incorrectly. -Added a mask that will open Windows 10 Network connections with a Left Mouse Button Click. -Windows 7 is not supported. Too many shortcuts reference Windows 10 commands. Update 2.1 12/21/18 -Rewrote Network config to take advantage of New UsageMonitor Plugin. -Fixed Issue in Network config that caused data speeds to be incorrectly measured. -Changed aesthetic of Network config elements. -Removed Obscure IP config and integrated in intended functionality into the reworked Network config. -Added several readouts to the reworked Network Config, including displaying Net Adapter Name, Adapter Type, Net Mask, LAN Connection Status and Internet Connection Status. -Replaced the old Processes config with Process Analysis, featuring enhancements enabled by Usage Monitor. -Process Analysis measures CPU and Ram usage, and displays contrasts of top process CPU usage vs. Total. -Clicking Process Analysis will open Task Manager (provided it is installed on drive C

-Lowered Update rates on majority of animation enabled configs. Rainmeter’s “Hardware Acceleration” allows for much more flexibility. -Updated references in Master Control to accommodate Process Analysis config. -Removed old Histogram config. Functionality was added to new Process Analysis config. -Made some small Font Coloring changes to OS config via InlineSetting options. Update 2.0 12/16/18 -Changed all line art, now more “sleek” -Added some image masks to various display measures to give numbers and text a dot matrix feel. -Completely reworked all folders. -Animations have been culled. Only the Cyclotrons and Voltage animations remain. This has achieved a notable improvement on CPU load (obviously), though Running X2ui with X2ui Weather will increase CPU load substantially. -Each skin that has an animated variant also has a static one -Added a Master Control “button”to replace the Rotating Sphere gif. -Master Control has three bars. The Top Bar Toggles game mode. It also saves the state of static or animated skins, meaning after activation of Game Mode, a subsequent deactivation will remember if you were running animated variants of skins or static ones. -The Left Bar toggles animation/static states of skins and stores this as a variable so that Game Mode toggling can recall your last state. Toggling Game Mode will also disable X2ui Weather. -The Right Bar is for use with X2ui Weather, and will toggle that suite on/off in it’s entirety. T -Removed the old “Game Mode” toggle button. -Replaced the old Icon Toggle button with a new design. -Total restructure of folders and files -Eliminated any bloat possible (unused and old images, etc.) Coming soon: -Meter to replace CPU Histogram. -A whole new news and communication suite. Update 1.5 -Added dynamic buttons to the quick launch icons for both modes. -Added animation for voltage modules in Full Mode. -Added a button to hide desktop icons for both modes. -Lowered update rate of network and CPU/RAM/SWAP meters. -Changed all text to uppercase. Update 1.451 -Modified rotating sphere gif – removed borders, should now display correctly regardless of background used. Update 1.45 -Changed all fonts to Denton. Font is included with the package. Old fonts are still packaged for those that preferred them, but they will have to configure those themselves. -Changed Game Mode button location for both Full and Game Mode. -Replaced Game Mode Button Art with higher quality images. -Changed size of game mode button -Updated Network module to display in Mbps. -Added an WANIP Obscure module to Full Mode. This will obscure the WANIP until moused over. -Fixed Network Module Histogram -Altered art to accommodate new font. Update 1.4 -SpeedFan support has been dropped. The skin relies solely on HWiNFO now. -Replaced animated gif images with new ones. Old ones are still in the folders but no longer have a config file. -Added a second layout for gaming that utilizes only a fraction of the configs for better performance. -Added a “Game Mode” button that allows for seamless on-the-fly switching between the full suite and gaming-only reduced footprint mode. -Consolidated and reorganized various skins and art to work with new layouts. Update 1.2 -Changed color values on multiple objects and text -Modified placement of Netbox Module line graphs and histograms Update 1.1 -Fixed Spacing issue with CPU identifier -Fixed incorrect header on network module .ini that caused the histogram and line graph for outgoing network traffic to incorrectly display incoming traffic instead. Requires: -HWiNFO www.hwinfo.com/ I *strongly* recommend downloading the Wallpaper provided above. This skin uses transparent background *gifs that look fine on darker wallpaper, on a light one? Well, not so much. Preview Video: www.youtube.com/watch?v=lJGkq7… Note: This is my first attempt at a Rainmeter skin. I created it for use with my monitor, which runs at 2160p, with 200% scaling in Windows. I can’t say this is an entirely original concept, I got the idea from the UI used in the movie ‘Oblivion’. www.gmunk.com/OBLIVION-GFX Thanks. -To edit the Values, download the HWiNFO skin that monitor Voltage: www.hwinfo.com/files/Rainmeter… -Install the skin -Right Click the Rainmeter Icon and select “Manage”. -You will see the list of skins you have installed. Right Click “HWiNFO” AND SELECT “Open Folder” -This will open a window. Open the folder “resources” -Open HWiNFOSharedMemoryViewer.exe -You should see your motherboard in the list of hardware. Here is mine. imgur.com/z1inxOv -Make note of the ID “0Xf7067910”, yours will probably be different. -Right click the Voltages skin and select edit. (I suggest using Notepad++). -On line 15, under [Varibles] you will see “12uiSensorID=0xf7067910” -Change that number to your ID. That will change your MB shared memory location that Rainmeter is reading to your specific hardware. You may have to do this for each sensor: 12uiSensorInstance=0x0 12uiVccin=0x2000000 12uiVcore=0x200000a 12uiVDRAM=0x200000d 12uiVTT=0x2000009 12uiVCCSA=0x200000b 12uiVcoreRef=0x2000005 But I doubt it.
DOWNLOAD
Download 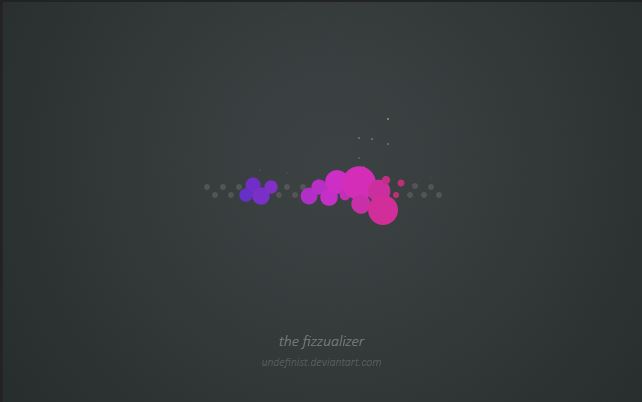 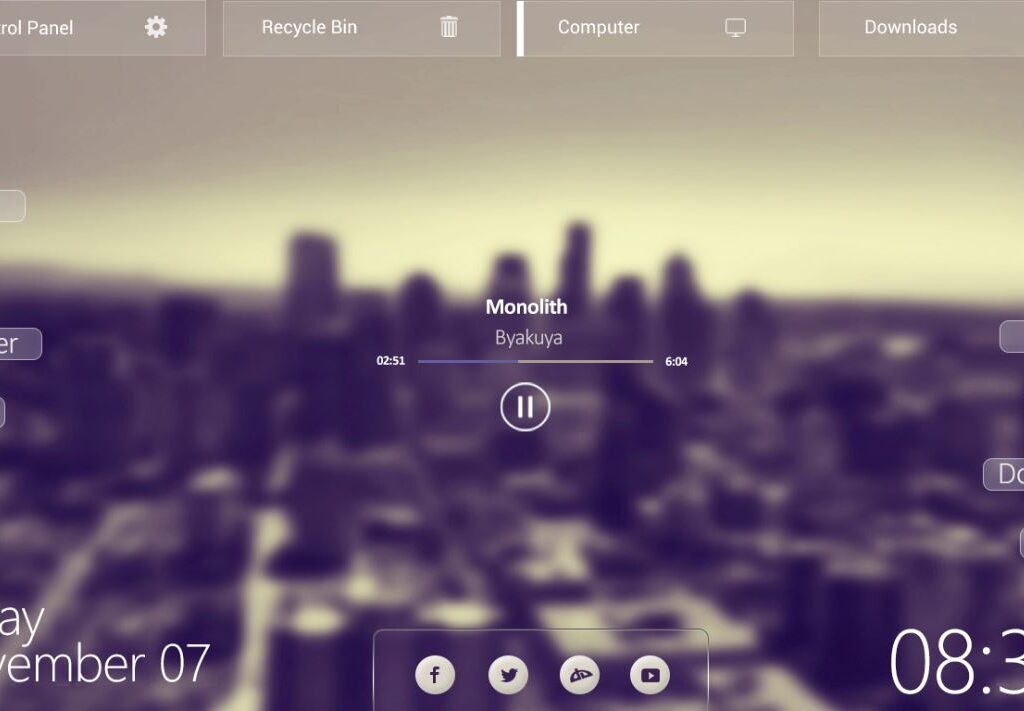 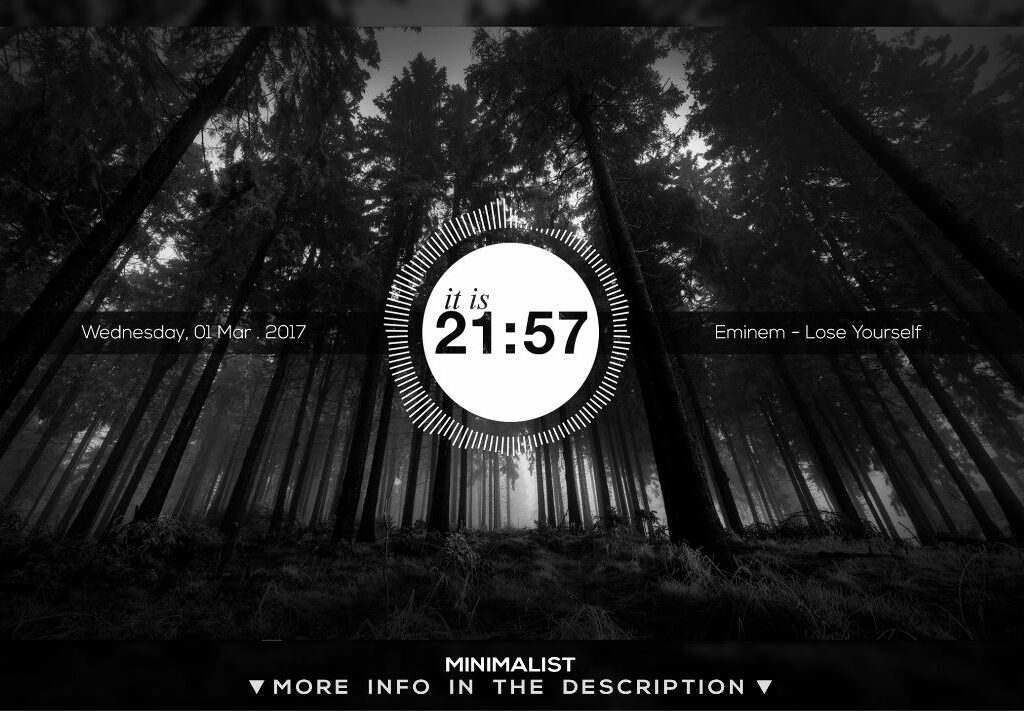 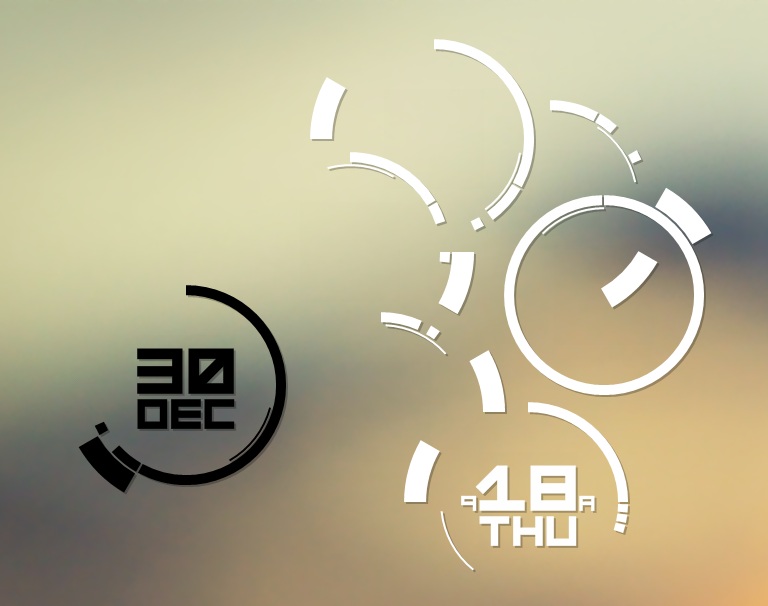 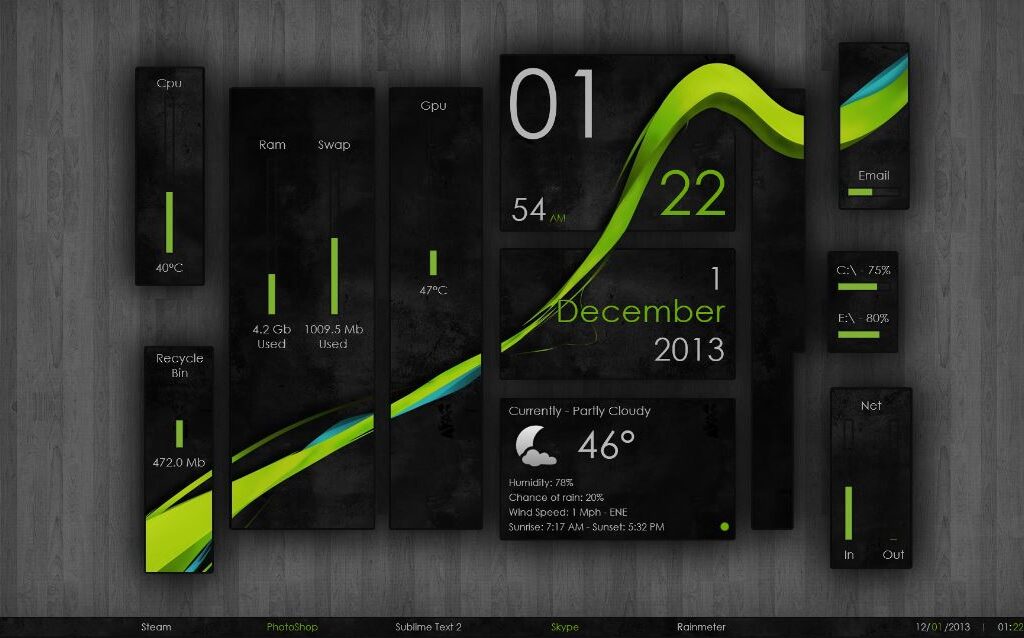 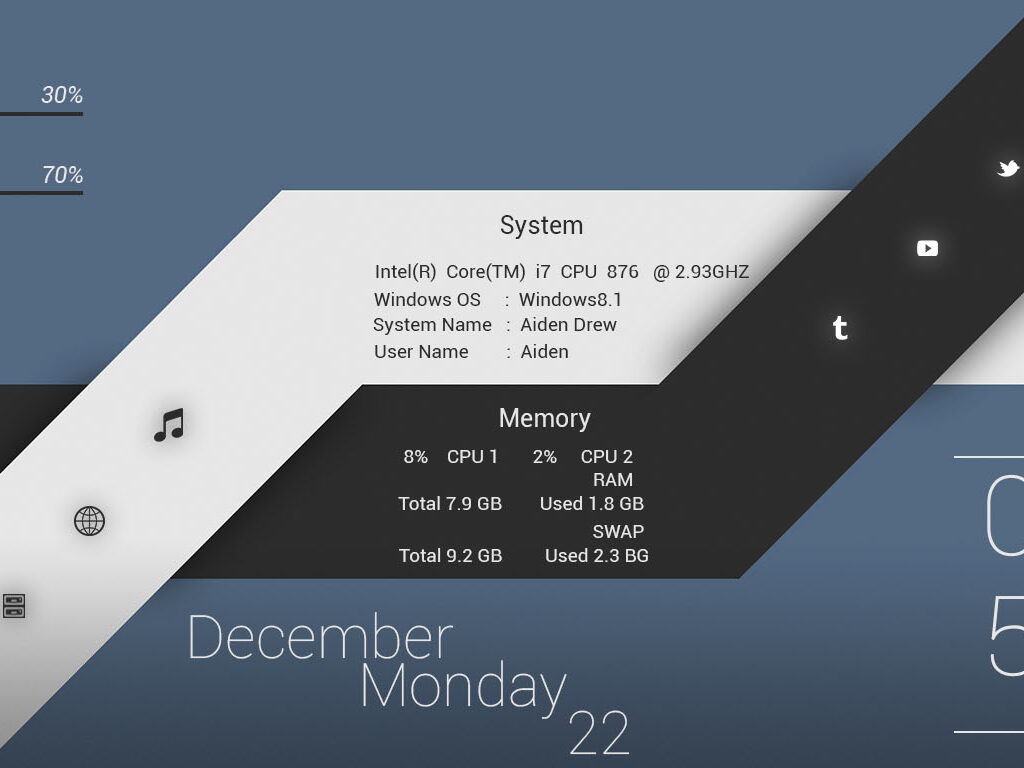 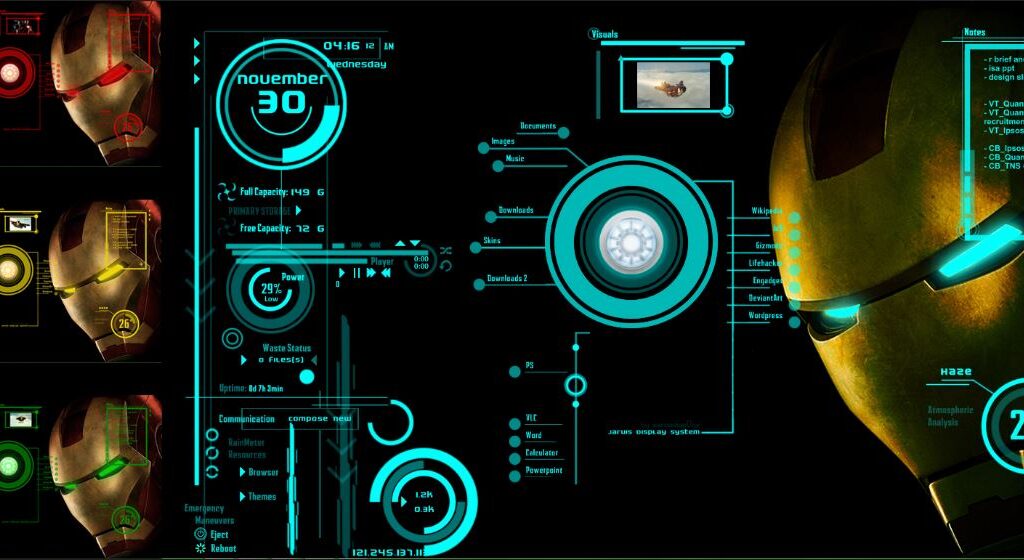 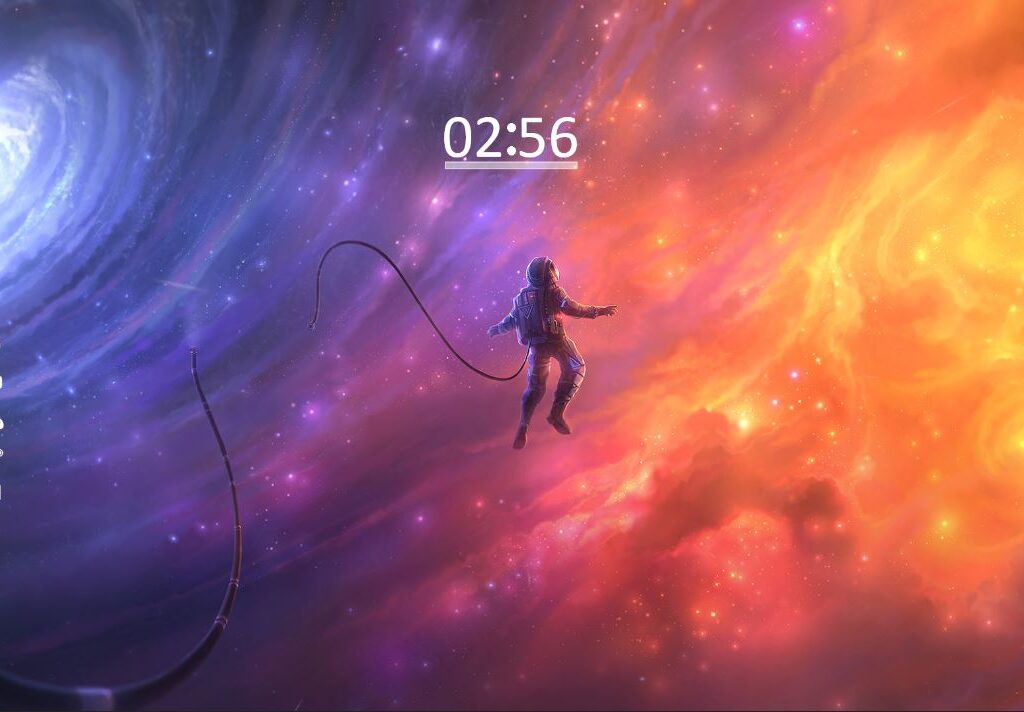